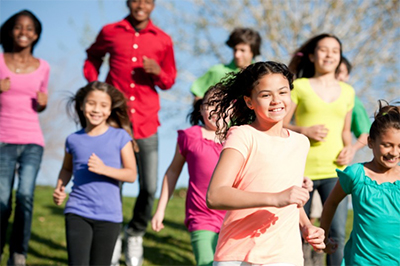 Hemophilia of Georgia is hosting the Augusta Trot to Clot Walk & Run on Saturday, May 14 at Lake Olmstead Stadium in Augusta, Georgia.

This 5k walk and run event helps raise funds for the organization’s Camp Wannaklot; Georgia’s only camp dedicated to children who have hemophilia or other inherited bleeding disorders.

What you should know about hemophilia

According to the Centers for Disease Control and Prevention, hemophilia occurs in approximately 1 in 5,000 male births, and approximately 400 babies are born with the bleeding disorder each year.

The 3 main forms of hemophilia include:

Hemophilia A- About 9 out of 10 people with hemophilia have type hemophilia A. This is also referred to as classic hemophilia or factor VIII deficiency.

Hemophilia B- This is also called Christmas disease or factor IX deficiency.

Hemophilia C- Some doctors use this term to refer to a lack of clotting factor XI. Hemophilia C usually doesn’t cause problems, but people may have increased bleeding after surgery.

Hemophilia A and B are inherited diseases. In about one-third of the children with hemophilia, there is no family history of the disorder. In these cases, it’s believed that the disorder could be related to a new genetic flaw.

The most common symptom of this disorder is heavy, uncontrollable bleeding. Bleeding can occur in these children, even with the minimal activities of daily life. It may also occur from no known injury. Bleeding most often occurs in the joints and in the head. Joint bleeds can lead to chronic and painful arthritis, deformity and can be crippling with repeated occurrences. Bleeding into the muscles can cause swelling, pain and redness. Swelling from excessive blood in these areas can increase pressure on tissues and nerves.  This can cause permanent damage and deformity. Bleeding from injury or spontaneous bleeding in the brain are the most common causes of death in children with hemophilia and the most serious bleeding complication. Bleeding in or around the brain can occur from even a small bump on the head or a fall. Small bleeds in the brain can result in blindness, intellectual disability, and a variety of neurological deficits. It can lead to death if not spotted and treated right away.

“A CDC-sponsored randomized clinical trial found that children who were treated on a regular basis to prevent bleeding had less evidence of joint damage by 6 years of age than did those who were treated only after a bleed had started.”

For more information about the pediatric hemophilia treatment program at CHOG visit augustahealth.org/chog or call 706-721-KIDS (5437).

For more information about the Augusta Trot to Clot Walk & Run, visit http://www.hog.org/fundraising/page/trot-to-clot-walk-and-run