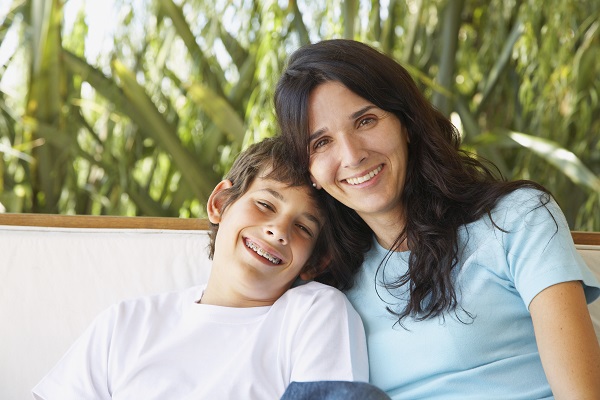 When Dr. Kathryn McLeod sees middle schoolers for their last round of childhood vaccines at age 11, the one vaccine she always makes sure to talk about with parents is the HPV vaccine.

The vaccine against human papillomavirus is the first that’s been shown to prevent cancer, specifically cervical and other cancers related to the virus. Thanks to consistent messaging, more families are used to thinking about the HPV vaccine for their female children, but less so for boys. And the statistics show it.

Across the board, the numbers still aren’t great, but according to the Centers for Disease Control and Prevention, nationally, 6 out of 10 girls have started the HPV vaccine series, but only 5 out of 10 boys. In comparison, 86 percent of children receive the Tdap vaccination (tetanus, diphtheria, pertussis) at their 11-year appointment.

When you’re talking about cancers that occur in private places, related to sexual intercourse, it’s easy to think of the vaccine as being all about sex. “But it’s not about sex; it’s about preventing cancer,” said McLeod, whose four children—two girls and two boys—have all received the vaccine series.

Sex comes into it only because HPV is spread through sexual contact, so it’s important to get the shot series well before young adults may become sexually active—and the ideal time is during the final round of childhood vaccinations. “Otherwise, we don’t often see children again for well-child checks, even though they are recommended annually until it’s time for them to get vaccinations before they head off to college,” said McLeod.

The virus is so common that most sexually active men and women will get at least one type of HPV (there are 10!) at some point in their lives, according to the CDC. Most of the time, HPV has no symptoms and goes away on its own. But for some people, the virus lingers, and that’s when cancer can develop.

The male equation in HPV prevention

Not only will the vaccine protect young men from the risk of these cancers, but it will also protect them from spreading HPV to their partners. “In men also, you wouldn’t necessarily ever know if you had HPV,” said McLeod.  “That’s why women do Pap smears, to identify abnormal cervical cells caused by HPV. But there’s no simple screening test like that for men.”

What you need to know about the HPV vaccine

While the 11-year well-child check is the recommended time for children to receive the HPV vaccine, it’s worthwhile to note that the two-shot series (given at least six months apart) can be given to anyone from 9 years old up to age 26.

“It’s really not a boy or a girl thing,” said McLeod. “I always bring it back to the fact that the HPV vaccine is simply about preventing cancer. And if we have a vaccine that can do that and protect our children, why not get it?”

The Children’s Hospital of Georgia has the largest team of general pediatricians, adolescent medicine physicians and pediatric specialists in the Augusta area. Children’s offers adolescent care by board-certified adolescent medicine specialists who are trained to understand the unique health and social issues teens and young adults face between the ages of 11 and 21. For more information, visit augustahealth.org/kids or call 706-721-KIDS (5437).