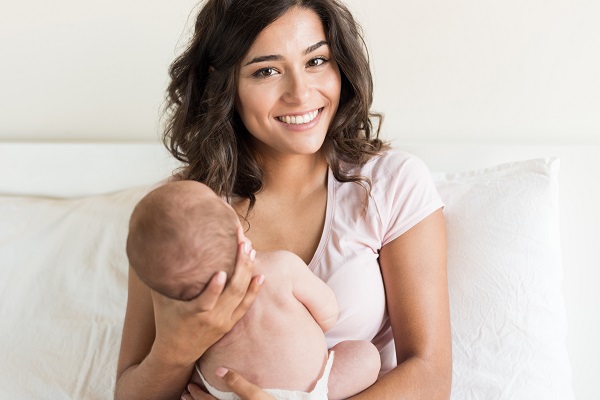 Now, a year in, it really does seem like a fairytale. Was there really ever a time when my body didn’t produce milk every three hours, like clockwork?

If you’d asked me about weaning at month 4, when I was wild-eyed and crazy-haired from lack of sleep, I would have said, yes, please, sign me up!—even with my goal to breastfeed for a full year.

During my daughter’s 9-month appointment, I was goal-oriented. “Only three more months!” I told my pediatrician happily. At 10 months, we firmly transitioned Addy from the breast to a bottle with breastmilk for some of her feedings (or not so firmly—I would still often nurse her a bit at the end to get her to nap). At 11 months, I marked the calendar and started to feel the first little pangs—only one more month to go, I thought sadly.

Twelve months came—and went. Even though I’m so ready to not be tied to a breast pump (being gone from the house all day long?—the very thought of it blows my mind), my heart isn’t quite ready to lose that special closeness with my little girl, who is getting bigger, smarter and is growing up bit by bit every day.

But we’re taking baby steps to get there. Lengthy conversations with our pediatrician and with supportive mom friends are helping me through. Here’s some of what I’ve learned:

Although we’re still very much in the process—I’m definitely still in that fairytale land where breastfeeding is just a part of my day-to-day life—the end is in sight. And that’s another thing: Those pangs I’m feeling are so, so normal. As much as I was looking forward to this moment, the realization that I’ll never be so close again to my baby (and she won’t be a baby for too much longer) is really hurting my heart.

Plus, so much of being a first-time parent is worrying about not doing the right thing (hello, mom and dad guilt!), and weaning is definitely at the top of my list.

At the same time, several of my friends just handed their baby a sippy cup full of milk after their 1st birthday, and they were totally fine. As one of my friends told me, “Sometimes we will worry over something with our kids, and then they show us it wasn’t a big deal for them after all!” Wise words, especially during weaning.

From newborns to adolescents, kids come first at Children’s Hospital of Georgia. To find out more visit augustahealth.org/kids or call 706-721-KIDS (5437) to make an appointment for your child today.