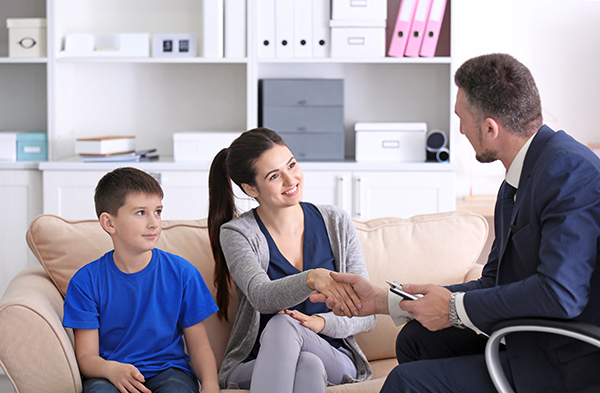 If you’re the parent of a child with a chronic condition such as Type I diabetes or asthma, starting the school year takes on a whole new meaning.

Along with shopping for new clothes, gathering up school supplies, reviewing schedules and making sure your child reads that one last book on the summer reading list (yep, we’ve all been there), a new school year often means a brand-new group of teachers and (sometimes) students who need to be educated on your child’s condition.

“As parents, we’re our child’s best advocate. It’s important to do what’s best for your own child and advocate accordingly,” said Gretchen Van Daly. Her son Carter was diagnosed with Type I diabetes at 20 months old and is now a sophomore in high school. “Every new school year, our goal has always been—and still is—to make sure Carter is medically safe and treated fairly.”

Let’s Start at the Beginning

During elementary and middle school, a health plan for children with a chronic condition is often less about taking care of health as related to academics as it is about taking care of health, period. “During these early years, we weren’t focused on formal accommodations for Carter during testing,” said Van Daly. “But we were very intent upon educating any school staff that Carter would interact with—as well as the other students in his class—about this mysterious disease known as Type I diabetes and what Carter had to do to manage this disease.”

In Van Daly’s case, she met first with the school principal and administrative staff, then with Carter’s individual teachers—something she did every school year throughout kindergarten through eighth grade. While Carter’s endocrinologist provided her with a detailed health plan that she could share with staff, Van Daly customized and produced her own much-easier-to-understand version.

A health plan could include items such as:

Teachers and/or the main office can also be provided with backup supplies in case of an emergency.

“But the most important thing to remember is that this is a partnership between you and school,” said Van Daly. “It can be tempting to go in and demand these accommodations. But I’ve always found that it’s much more successful to ask staff and teachers for help in keeping my child safe and to work out solutions together.”

Van Daly also made a point of asking teachers if she could visit the classroom to talk to Carter and his classmates about Type I diabetes. “That way, his fellow students would understand why Carter would need to test his blood sugar or why he got a snack and they didn’t,” said Van Daly. “And if Carter’s blood sugar were to drop suddenly, say on the playground, they would know that they needed to run for help.”

When Carter entered high school, he was comfortable enough to review his health plan with his own teachers and his classmates, as needed. And Van Daly encouraged this. “It was important to us that he knew how to advocate for himself, with assistance from us as needed,” said Van Daly.

But because testing has so much more importance in high school—and tests take much longer, which can be problematic for someone who has to manage a chronic condition—this was the point at which Van Daly requested a 504 plan. Simply put, this plan, which is part of federal civil rights law, spells out accommodations that a child with a health condition will be allowed, without being penalized. In Carter’s case, this included both bathroom and water breaks during tests, including the PSAT, and the ability to bring food and medication into the room.

“It’s like insurance,” said Van Daly. “It’s better to be prepared and never need it than need it and not be prepared. Carter may never leave the testing situation or need to check his sugar and get a snack during a test—but by law, he now can.”