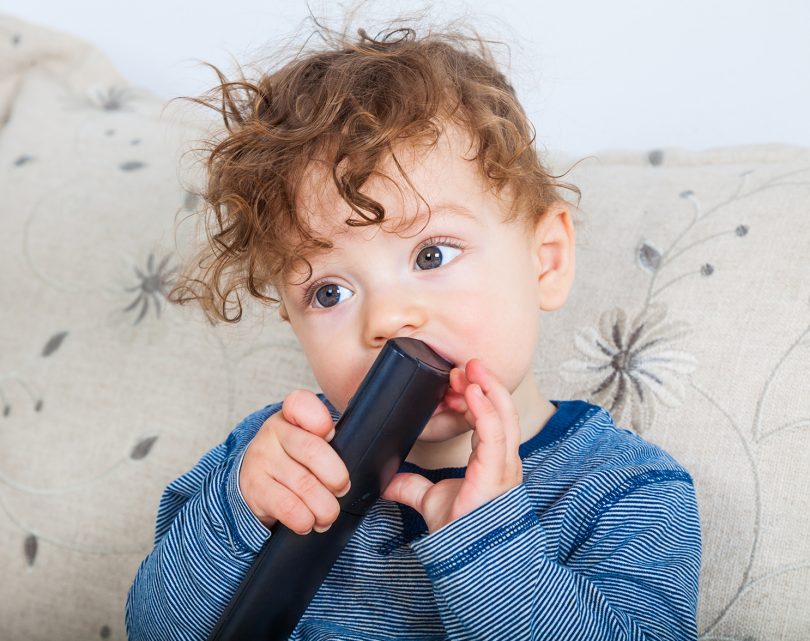 True story: My friend and fellow mom once shared how, while traveling, her 15-month-old son happened to discover that intriguing round cap at the base of the toilet at their hotel. Next thing she knew, it was in his mouth.

Horrifying. So, so horrifying.

Now that we’ve finished our collective shuddering, the good news is that experts say early exposure to germs is not only fine but also can be beneficial to boosting our children’s immune systems.

That’s not to say that our children should lick the toilet—you can be sure my friend did a double-quick toothbrushing and mouth cleaning after the incident!—but “it’s good to get exposure to different viruses,” said Dr. Candice Castellino, a pediatrician at Augusta University Medical Associates at West Wheeler. “It’s widely accepted that the increase in hygiene over the past couple of decades has led to more allergies and more asthma—this is known as the hygiene hypothesis—so while an increase in handwashing is helpful to prevent the spread of germs, overdoing it can be harmful, too.”

I know that for the first year of my daughter’s life, I scrubbed my hands meticulously anytime I touched raw chicken or egg. My breast pump implements were washed and sterilized after every pumping—even when I was pumping five or six times a day! If a paci or teething toy fell on the floor, it got washed, too.

But we also bathed my daughter about every two to three days. After the first few months, we tried to take her out with us on a somewhat regular basis—to my mom’s house, to the store, to restaurants. And we have several adorable photos of her lying next to our Jack Russell terrier, Budha.

All of which is great, said Castellino. “It’s only up to about three months when we don’t want babies to be exposed to a lot of germs, since their immune systems aren’t built up yet.”

After that age, she said, just about anything goes, except:

What about flu season?

Believe it or not, flu is already here, which can cause fever, cough, runny nose, sore throat, general fatigue and body aches, and last one to two weeks. “We’ve already treated several cases of flu at our practice,” Castellino said.

The flu vaccine is also now available. For children younger than 8 years old who are receiving the vaccine for the first time, parents should note that the initial dose includes two shots; for everyone else, it is a single shot.

Not to scare you, but according to the U.S. Centers for Disease Control and Prevention, about 36,000 people die from flu or complications from flu every year in the United States—a shocking number that most people don’t realize. While the vaccine is not 100 percent effective (since it’s based on predictions about the flu strains), “it’s important to be immunized, since herd immunity—which is when a large percentage of the population is immune to a disease—protects newborns who aren’t old enough to receive the vaccine, those who are immunocompromised and the elderly,” Castellino said.

Still, handwashing—both for yourself and your child—remains one of the best ways to protect your family from getting sick from flu, Castellino said. And while it may sound silly, make sure you’re washing hands correctly: Dampen hands, then lather the front, back and in between fingers for 20 seconds, then rinse.

She also said it’s a good idea to pay extra attention to other items in the home that our hands touch and that could transfer germs—including doorknobs, toys, hardcover books and electronic devices. In public places, keep the hand sanitizer available since any public environment where people gather is much more likely to expose us to germs like flu.

But in the bigger picture, when it comes to germs, don’t overthink it. As a new mom, I know I second-guessed every decision and often still do! While you really don’t want your child to lick anything in a hotel—much less a hotel bathroom!—just remember that we all survived riding in grocery carts that weren’t wiped down and eating food picked up off the floor, without even a single bottle of hand sanitizer in sight.

Your best shot at avoiding the flu

The flu vaccine is approved for use in those as young as six months old and up. To schedule yours, make an appointment today at Augusta University Medical Associates at West Wheeler by calling 706-664-0587.

March is Child Life Month! The hospital can be sca

TONIGHT! Eat for a cause at @yourpiepizza and give

"From diagnosis to recovery, we could not be more

We are so thankful for the miracles that happen ev

Charlotte is a true miracle! After birth, she was

Join Nugget and Casey in wishing all of our kids a

Philip is the definition of a miracle. He was born