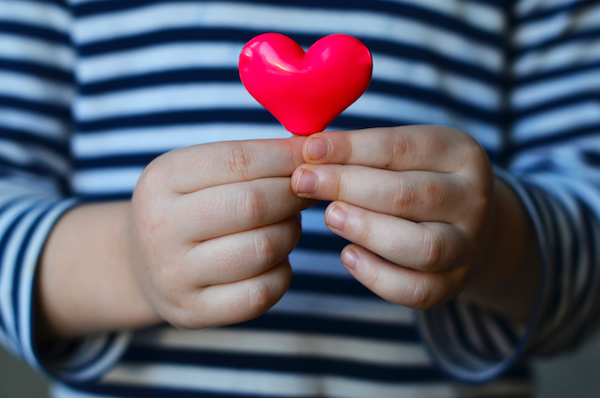 Do your kids have the spirit of getting? Here’s how to turn that around

Actress Mila Kunis made headlines earlier this year when she talked about how she and actor husband Ashton Kutcher aren’t giving their young children Christmas gifts this year.

“The kid no longer appreciates the one gift,” she said. “They don’t even know what they’re expecting; they’re just expecting stuff.”

In a world where media and marketing push the idea of an over-the-top gift-giving season, it’s easy for children not to even realize the true reason for the season: to give, not just to receive.

The good news, said Dr. Christopher Drescher, a pediatric psychologist at the Children’s Hospital of Georgia, is that the spirit of giving is actually pretty easy to teach. “All behavior is a product of genetics and the environment,” he said. “And altruism is a human behavior that has evolutionary value. It can’t be every man for himself all the time. You can see that even in really young children who, if you drop something, will pick it up and hand it to you, even before speeches about the moral values around that.”

Of course, it can also be easy to teach children to ignore that impulse to be helpful and giving, which can cause problems down the road—and not just around the holidays. “Ultimately, we’re a social species,” Drescher said. “So if you’re unable to help others and be helpful, then you’re going to run into problems. It makes it difficult to work in groups or do well in social situations.”

Raising a child who’s a giver

If you want your child to have a spirit of giving, the first step is to make sure you’re a giver yourself.

So model the importance of giving throughout the year. Be a volunteer—and bring the kids along. Teach your child about money and about donating to a meaningful cause. “It’s so valuable for children to see that their parents have a spirit of giving,” Drescher said.

For older children, help them gain perspective about what a gift means to the receiver, which teaches empathy. “For example, you can say, ‘How do you think grandma will feel about you giving her this gift?’ That will reinforce the excitement of gift-giving and making someone they care about happy,” Drescher said.

How to ward off sibling rivalry

Siblings fighting over who received the better Christmas gift is a time-honored tradition, right up there with arguments at the Thanksgiving table and football. “Some sibling rivalry is very normal,” Drescher said with a laugh. “So in some ways, it may not be avoidable.”

The biggest issue is when a sibling truly feels that he or she has been treated unfairly when it comes to gift-giving. While there is no good number as to how many gifts or what size gift a child of a certain age should receive, one thing that can help smooth over sibling rivalry over gifts is for children to understand how budgeting works, said Drescher: “Bring your child with you when you are shopping for others’ gifts so they can see how you plan out how much items cost. That can give them a better understanding about cost and why one sibling may have received a different-size gift or a different number of gifts.”

When the grandparents go overboard

In their interview, Kunis and Kutcher said that they have limited both sets of parents to one gift each per child. That’s far better than trying to ban gifts from grandparents or other relatives, said Drescher: “That robs family of being able to do something nice for the child.”

But if your extended family does tend to always go overboard, try a little redirection. “Rather than having them spend a lot of money by buying a grandchild lots of things—which they will eventually outgrow—suggest they give one gift but also donate to a college fund.”

But however you decide to handle grandparents, aunts, uncles and other relatives, just make sure to talk about these plans well ahead of time so that everyone can agree to some basic ground rules.

Nothing teaches your child the value of giving more than having your child give. So before or after the holidays, a great tradition is for your child to look through toys he or she may have outgrown or no longer plays with (and that are still in good condition) and then donate them together.

Because even if you’re not religious, giving to others after all is the true reason behind the holidays. Most everyone can agree that the holidays are a time when we can all practice being a little kinder, a little more giving. And feeling great about giving—and continuing to be generous to others—is something we can carry through into the new year and beyond.