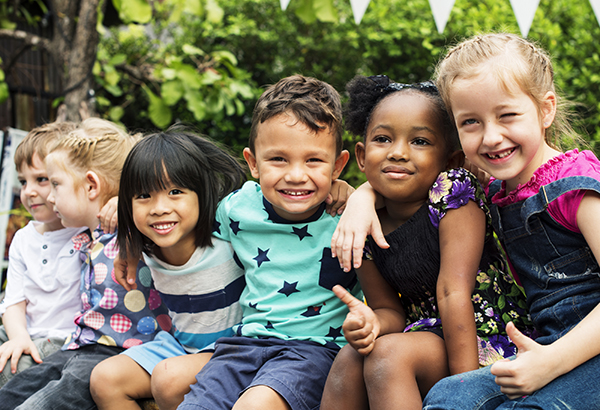 Meghan Markle may be better known as an actress and today as the Duchess of Sussex, but before that, she was an activist supporting gender equality.

All when she was just 11 years old.

It started when her class had to write about messages in commercials for a social studies class. One, an Ivory Soap commercial, had the slogan: “Women all over America are fighting greasy pots and pans with Ivory Soap.”

Boys in her class joked, “Yeah, that’s where women belong, in the kitchen.”

How Traditional Are You?

In the not-so-distant past, stereotypes like that were just accepted. Girls should help their mothers in the kitchen and at home; they should be quiet and not bossy; they aren’t leaders. Meanwhile, boys need to be tough and never cry; the only emotion they can comfortably show is anger; and they should always be the leader.

“Some parents do have more traditional gender-role beliefs, which is their prerogative, while other parents with more progressive gender-role beliefs may unconsciously be modeling behaviors that don’t support gender equality,” said Dr. Christopher Drescher, a child psychologist at the Children’s Hospital of Georgia.

But studies show that both sexes are happier when they’re raised in a more gender-equal society.

“There are clearly some very specific benefits for girls when it comes to opening the limits of what women are perceived to be able to do with their lives,” said Drescher. “But there are plenty of expectations for boys that can be harmful too, so gender equality is important for all genders.”

What Parents Can Do Differently

It’s easy to fall into those kinds of stereotypes with our children, especially if our own parents did too. “Sometimes we have to check ourselves,” said Drescher. “Speaking from my own experience, a lot of people of my generation are more aware of gender equality than in the past, but we were still raised in a more traditional way.”

“Model” is the key word here. “As with many things, what parents do is more important than what they say,” said Drescher.

So don’t worry about having some magical conversation to show the value of gender equality to your 2- or 10-year-old. But show it by doing. And here’s one more thing to know: Studies say that how parents act even during the first year of life can affect a child’s perception of gender and gender equality down the line.

A few easy ways to demonstrate gender-equal behavior include:

* Share house chores equally, whether that’s vacuuming, taking out the trash or changing diapers. “That’s important especially for boys to see that their fathers participating in a more traditionally female role,” said Drescher. At the same time, it’s good for daughters to see their moms being able to tackle projects using tools, without dad taking over.

* These days, both parents tend to work. If you’re a working mom, don’t feel guilty. Know that it’s good for your child to see that you are doing valuable work outside the home.

* Be cool if your son wants a play kitchen or your daughter gravitates toward bulldozers. Young kids are interested in a lot of things—many of them because that’s what they see you doing. So sons may want to cook like mom or dad, and daughters may like the big noisy machines because you do too. There’s no reason to limit your child to toys that are “just for girls” or “just for boys.”

* Share books, videos or songs that expose children to a wide variety of roles, not just the traditional ones. Look for stories that show girls as strong and heroic leaders or boys as caring. “Exposure to a wide range of different gender role models through media communicates gender equality to a child,” said Drescher.

* As children grow up, teach them valuable skills that may be more traditional for the opposite sex. It’s important for both boys and girls to know how to cook, clean, do laundry and change a tire, for example.

At 11 years old, Meghan Markle wrote to First Lady Hillary Clinton; civil rights lawyer Gloria Allred; her media icon at the time, Linda Ellerbee, host of Nick News; as well as Proctor & Gamble, maker of Ivory Soap. Her determination landed her a story on Nick News—but even more importantly, Proctor & Gamble actually changed the slogan to: “People all over America are fighting greasy pots and pans with Ivory Soap.”

Our sons and daughters may never get on national TV (or even marry a prince or princess, although we all hope they will marry someone who will treat them like one). But the more we teach them about gender equality, the bigger a difference they can make in their own lives—as well as others.

When you choose Children’s Hospital of Georgia for your child’s care, an entire team of experts are focused on the health and well-being of your child for optimum growth and development. The Children’s Hospital of Georgia has the largest team of general pediatricians, adolescent medicine physicians and pediatric specialists in the Augusta area. For more information about CHOG, please visit our website at augustahealth.org/chog or call 706-721-KIDS (5437).