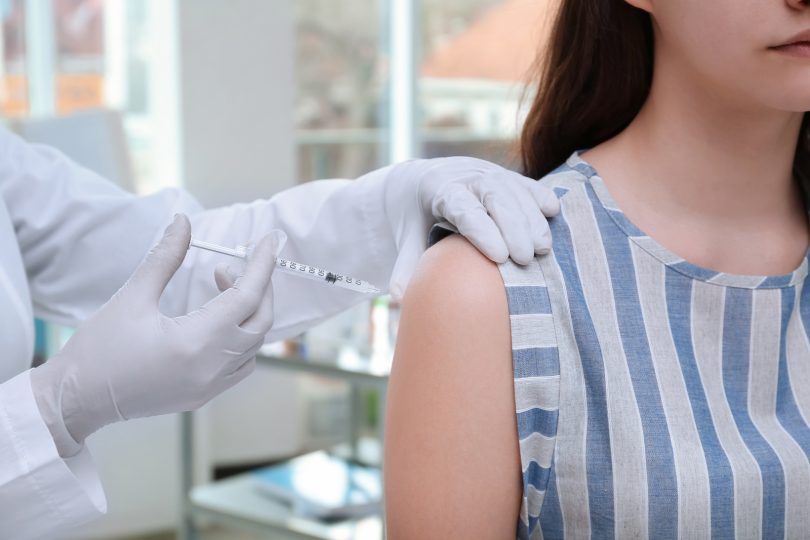 It comes up at your child’s 11-year checkup: “It’s time for your child to get the HPV vaccine.”

Sometimes parents say, “Sure.” But more often, it’s silence. Then, “No, I don’t think my son/daughter needs that.”

For Dr. Robert Pendergrast, a pediatrician at the Children’s Hospital of Georgia, that’s often when the best questions come, and they’re big ones:

Why does my child need the HPV vaccine? What diseases are caused by HPV?

Parents may know and understand that the HPV vaccine protects against the human papillomavirus, which causes cervical cancer in women, genital warts in men, and can cause oral and other cancers. New this year is the fact that it’s a two-shot series if you start the vaccine by age 14 and a three-shot series if started after age 15.

“But there is a buzz out there that we shouldn’t be doing the HPV vaccine,” said Pendergrast. “It’s false information.”

Would you give the HPV vaccine to your kids?

About 13 years ago, when the HPV vaccine was introduced, Pendergrast was one of the first to have his children—now 33, 30, 28 and 24—vaccinated. “I’m not scared of vaccines; I’m scared of disease,” he said. “I’ve been around long enough to see the downstream effect of death and disability and chronic disease when we don’t vaccinate. If we miss an opportunity to immunize a child, there could be serious adverse consequences. Vaccines have been shown to be safe over and over again. But these diseases can be horrendous, so we must protect against them.”

Is the HPV vaccine safe?

The safety question is one that Pendergrast hears all the time. The common side effects of the HPV vaccine are just like those you’d have with most other vaccines: pain, redness or swelling at the injection site; fever; headache; nausea; and muscle or joint pain.

In contrast, the side effect of a child not getting the vaccine is contracting HPV, then developing cancer down the road. It’s not a far stretch to say that anyone who is sexually active is at risk for HPV. According to the Population Reference Bureau, about 75 percent of American adults can expect to be exposed to HPV during their lifetime.

Why does my child need the HPV vaccine at such a young age?

“When parents ask me why we’re giving the HPV vaccine now, I tell them that if we give the vaccine to 100 percent of preteens before anyone is exposed sexually to HPV, we can eliminate cervical cancer in the United States,” said Pendergrast. “That’s why we’re doing it.”

How do we know that the HPV vaccine even works?

Even though the vaccine isn’t widespread yet, studies are already showing that cancer rates are dropping, which means it’s working. According to the American Academy of Pediatrics, cervical cancer rates in young women 15 to 24 dropped by 29 percent and in women 25 to 34 dropped by 13 percent.

Is my child really at risk for HPV? I’m worried he/she will think it’s okay to start having sex.

Sex—and the fact that HPV is sexually transmitted, and that you’re talking about 11-year-olds—can also be the sticking point for many parents. So when parents ask, “When is it too late to get the HPV vaccine?”, this is how Pendergrast responds: “The answer is, ‘After the first time your child has sex.’ And then we have to ask, ‘Do you know when that’s going to be?’”

It can be an uncomfortable conversation. Pendergrast understands that. He’s a dad too.

“This is hard,” said he said. “It’s hard to think about your child having sex. But probably the best thing we can do for our kids is to be open and honest about sex. After all, we anticipate that our children will grow up and have sex one day. I know that parents want to protect their children from harm. As pediatricians, we want to protect them from harm too. And the HPV vaccine does that.”

The Children’s Hospital of Georgia has the largest team of general pediatricians, adolescent medicine physicians and pediatric specialists in the Augusta area. Children’s offers adolescent care by board-certified adolescent medicine specialists who are trained to understand the unique health and social issues teens and young adults face between the ages of 11 and 18. For more information, visit augustahealth.org/kids or call 706-721-KIDS (5437).