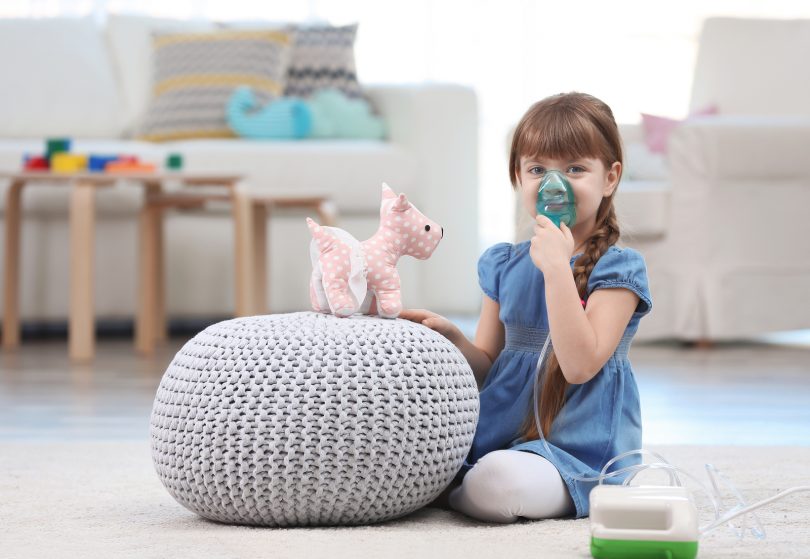 That is the easiest way to describe what it’s like to live with cystic fibrosis, said Dr. Katie McKie, a physician at the Pediatric Cystic Fibrosis Center at the Children’s Hospital of Georgia.

A genetic disorder that affects the lungs, digestive tract and other organs, CF leads to sticky mucus that can harbor bacteria. Most commonly, it leads to lung disease, which can be very bad in some cases and less so in others.

Today, we screen newborns for CF, so parents usually find out soon after birth if their child has it. That news can be devastating, but there’s also hope: “Lots of people don’t know about all the amazing new treatments for CF these days,” said McKie. “We think about what we knew from the past, which was that children who had CF usually died early. But CF is a whole different animal these days.”

According to McKie, the most exciting change in CF treatment over the past few years is the discovery of a new type of oral medication called CFTR modulators.

To understand how these work, here’s a little lesson in biology: CF is caused by a mutation in the CFTR gene. That gene is responsible for encoding a protein that helps pump sodium and chloride across the surface of cells in our body. That pump helps keep mucus hydrated in certain organs, like our sinuses, lungs and digestive tract. When the pump doesn’t work, mucus gets thick, sticky and hard to clear, and lung disease and other problems can start.

While it can’t be described as a cure, CFTR modulators are designed specifically for a patient’s own unique genetics—“and can help the pump work better if not perfectly,” said McKie.

It’s still a medication that someone with CF will need to take for the rest of his or her life. Also, since there are more than 2,000 possible mutations in the CFPR gene that can cause CF, it doesn’t work for everyone—yet—but there is modulator therapy for the most common gene mutation, Delta f508. “It’s pretty amazing,” said McKie, since patients on the medicine see many of their symptoms improve.

The old way of treating CF—which most CF patients or their parents still must do every day—is to loosen the mucus in the lungs with chest physical therapy, either by using hands or special devices, at least twice a day for 30 minutes, and up to three or four time a day if a patient is sick.

Known as airway clearance, this action helps to break up the mucus so patients can cough it out.

The second most important part of treatment is nutrition, since people with CF have trouble absorbing fat and often can’t gain weight. That may sound like a good problem: “But people with CF who gain appropriate amounts of weight and have a body mass index greater than the 50th percentile for their age have better health outcomes,” said McKie.

Plus, if they eat fatty foods, patients also can have stomach cramps and diarrhea so people with CF have to take pancreatic enzyme replacement therapy every time they eat—and that includes breastfeeding babies—to help them digest fat and other nutrients in food.

Why a CF center is important

Studies have also shown that over the past decades, people with CF who get treatment at a CF center have better outcomes than those who don’t, said McKie. “CF centers have physicians, nurses, respiratory therapists, dietitians, social workers, pharmacists, psychologists, genetic counselors, all dedicated to the care of people with CF,” she said. “It’s important to get care at a CF center because it is such a multi-level process.”

In Georgia, there are only three CF centers, two in Atlanta and one in Augusta. Augusta University Health offers both a pediatric and an adult CF center.

CF centers provide care based on the guidelines of the Cystic Fibrosis Foundation, which advise patients to get checked every month for the first six months of life, every two months from 6 months to 2 years, and every three months for the rest of their lives. “Following these guidelines for routine CF care has been shown to provide the best outcomes,” said McKie.”

Patients with CF should also take specific vitamins and also get routine vaccines, including the flu shot every year.

One thing that parents and the general public may not know is that people with CF can’t be in contact with one another, since they can share bacteria that is harmful only to someone else with CF. “This is why patients with CF don’t get to go to camps. They don’t get to have that kind of in-person support groups that other kids with chronic illnesses have,” said McKie.

So at school and other events, it’s important for parents and children to communicate. Two children with CF can’t be in the same classroom, and out in the community, the recommendation is for people with CF to stay at least six feet away from one another.

In addition, people with CF should avoid hot tubs and should not use humidifiers, since both of those can have bacteria that are harmful to someone with CF.

Otherwise, the sky really is the limit. Another positive sign? Adult CF centers are now starting to outgrow pediatric CF centers in the United States, which means more children with CF are growing into adults with CF. “We expect our patients to live full healthy lives, to go to college, get a job, get married, have a family, play sports, maybe even be president of the United States,” said McKie. “They can do anything—they just have a little different path to get there.”