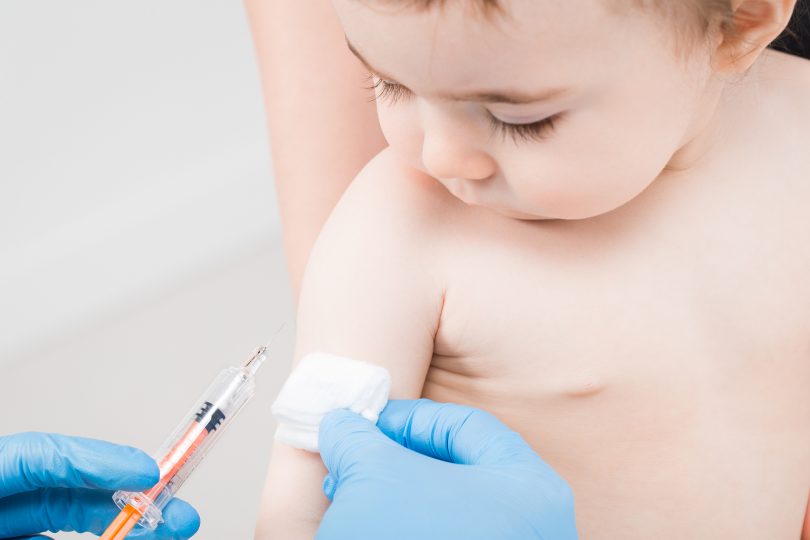 Back in the early 20th century, it had to seem like magic: a shot that could keep your child from getting sick or dying from diseases like smallpox, measles, diphtheria or polio.

It’s hard to imagine the fear a parent in the 1920s or even the 1950s might have felt at hearing the news of an outbreak. But you have to remember that back then, millions of children died every year worldwide from diseases just like these.

Today, we’re lucky to have vaccines, which have made smallpox, polio, German measles (also known as rubella), mumps, diphtheria and other illnesses a mention in the history books.

But now, there’s also the worry, shared on social media and other platforms: Are the vaccines that help keep us safe doing us harm too?

“Physicians make their name in medicine by saying or doing something that is groundbreaking,” said Dr. Jim Wilde, an infectious disease expert and pediatric emergency room physician at the Children’s Hospital of Georgia. “If vaccines truly were causing harm to children in massive numbers, absolutely physicians would be shouting it from the rooftops—and likely winning a Nobel prize for it. There is no good evidence, zero—despite many years of looking at it—that vaccines cause autism.”

In fact, a paper that claimed nearly 20 years ago that there was a link between autism and vaccines has even been retracted along with the few papers related to it.

Also, when children get vaccines, parents might get paperwork explaining that vaccines contain a form of mercury called thimerosal and that thimerosal-free vaccines are available. While it’s a scary thought—that your child might be injected with mercury—here’s what’s really going on. “Thimerosal is not a form of mercury that causes problems,” said Wilde. “It’s simply a preservative that helps keep the vaccine viable and it’s not associated with mercury toxicity.”

While it doesn’t cause harm, the pharmaceutical industry has responded to parents’ worries by offering thimerosal-free options. The flip side? Those vaccines don’t have as long of a shelf life and may end up costing consumers more money.

“The biggest problem with vaccines is there is massive misinformation out there,” said Wilde.

Have you heard of herd immunity?

But here’s the somewhat good news: Even if a parent chooses not to have their child vaccinated, that child is still pretty unlikely to get sick from measles or other vaccine-preventable diseases, at least here in the United States.

It’s all thanks to something called herd immunity.

“Say there’s a group of 1,000 kids, and 950 are vaccinated against measles. It’s going to be difficult for the 50 who are unvaccinated to get measles, since most of the people they come in contact with can’t get measles and can’t give them measles,” said Wilde.

That’s herd immunity. But say a child from a foreign country carrying measles joins the group. “That’s what happened several years ago when there was a big outbreak of measles in California, at Disneyland,” said Wilde. “It was likely someone from outside the United States who brought it in and the few who were not vaccinated came into contact and got sick.”

In Europe for example, where many more parents have opted not to vaccinate, officials say there is a measles outbreak, with 41,000 cases and 40 deaths so far.

In other words, Europe has reached a tipping point, where there are no longer enough people with vaccinations, and herd immunity can’t protect those who didn’t get vaccinated.

A recent article on NBCnews.com said this: “The success of vaccines has at least in part been their undoing…’People don’t see [these diseases] and so they forget about them or they think the diseases don’t exist anymore. They don’t realize that their child is at risk.”

It’s also important to point out that one infection doesn’t benefit from herd immunity: tetanus. “That’s because tetanus is everywhere around us in the environment,” said Wilde, compared to other diseases like measles that need a human carrier. The tetanus vaccine typically lasts about 10 years, but anyone who gets a nasty scratch or wound from a garden tool, rusty nail or other “dirty” source should definitely have the wound examined and should probably get another tetanus shot, even if it’s sooner than 10 years.

At the same time, in a way, Wilde says he agrees with some of what those against vaccines say.

Take the chicken pox vaccine for example. Unlike measles or smallpox, chicken pox isn’t highly fatal. Before vaccinations, around 100 children a year may have died in the United States from chicken pox, which is about the same number of children who die every year from flu. Ditto for rotavirus.

“If the risk of foregoing the vaccine is very low, then it may make sense not to get the vaccine from the individual standpoint,” said Wilde. But the risk remains.

For parents who come with their child into the emergency room who don’t believe in vaccines, this is what he tells them: “In this country, right now 90 to 95 percent of us are vaccinated, so everyone benefits from herd immunity, except with tetanus. If you’re going to take the risk of not having your child vaccinated, the risk of foregoing tetanus is not low. Many thousands around the world die every year who didn’t get the tetanus vaccination.”

Still, news reports have identified certain hot spots around the nation where rising numbers of children without vaccinations put them at higher risk for vaccine-preventable disease. Georgia’s not on that list, but states like Washington, Oregon, Arizona, Utah, Texas, Michigan, Missouri and Pennsylvania are.

“Think about it this way: How much wood do you need to start a campfire?” said Wilde. “If you have a little bit, you get a little flame. But if you have a big pile, you’ll get a roaring inferno. If you begin to have large numbers of people who are unvaccinated, say 20 percent of the population, then you go back to the turn of the 20th century when tens and hundreds of thousands of kids were dying every year from vaccine-preventable illnesses.”

KHOU, “Is there really mercury in flu vaccines?“