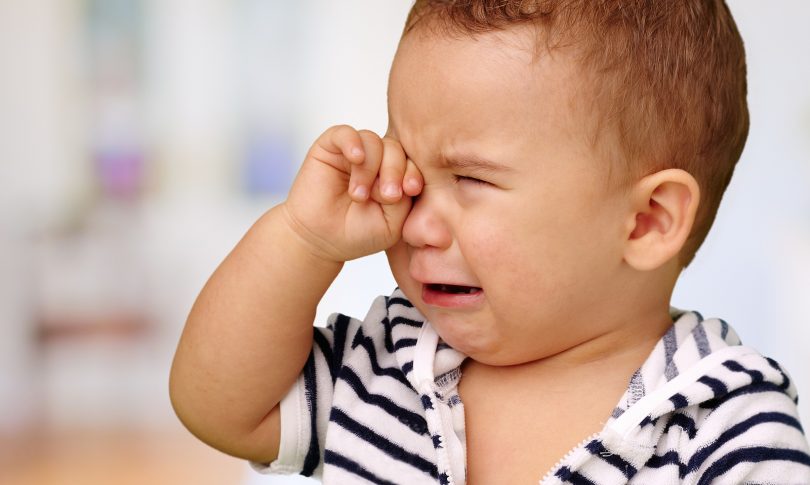 You know what we’re talking about. It’s the kind of cold where you blow your way through boxes of Kleenex. Where your cough feels like it’s going to tear its way out of your body. And did you even know that your body—or anyone’s body—could produce that much snot and mucus?

You can blame any one of the more than 200 kinds of viruses that can cause the common cold—but the really nasty, mucus-heavy kind of cold? One of the causes could be RSV, also known as respiratory syncytial virus.

“RSV is one kind of respiratory virus that can cause production of mucus all the way down the entire respiratory tract from the nose to the lungs,” said Dr. Lynne Coule, a pediatric emergency room physician at the Children’s Hospital of Georgia.

And that’s not all.

For most of us, we suffer through a week or two, invest heavily in Kleenex and cold medicine and it’s mostly over—although it’s important to mention that these viruses can also lead to a lingering cough that lasts a few more weeks. Children under 6 shouldn’t take cold or cough medicine, but Tylenol or ibuprofen, saline spray and suctioning of the nose, and using a humidifier can all help make kids more comfortable.

But where this kind of cold can be a big problem is in young kids, especially kids younger than 2, because of their much smaller airways.

All that mucus can lead to something else called bronchiolitis. It’s a lung infection specific to kids under 2, where their tiny airways swell up or get congested. Older kids can get it too, but for them, it’s diagnosed as viral pneumonia.

Whatever you call it, the condition makes it hard for children to breathe. If your child has had a cold and you start seeing these symptoms, it’s important to take them to the doctor or emergency room right away:

All of these could be signs of severe bronchiolitis and could mean your child needs to be admitted to the hospital for treatment.

Kids at the highest risk for severe bronchiolitis include those who were born prematurely or who have lung or heart conditions.

Can you prevent bronchiolitis?

Cold viruses like RSV start circulating around October and November and stick around until about February. “It’s pretty prevalent in the winter,” said Coule, with about a quarter million cases every year.

Testing isn’t usually done for RSV or other viruses—diagnosis and treatment are purely based on a clinical exam and symptoms. And preventing it—especially if you have a child who’s at higher risk for bronchiolitis because of prematurity or a heart or lung condition—comes down to avoiding public places or large gatherings as much as possible and handwashing.

“You want to be vigilant about staying away from public places during the winter season,” said Coule, who also says that daycares and schools are where cold viruses tend to spread. But, she admits, that’s a challenge: “You can’t just stay inside the house all the time.”

So also practice good handwashing and other hygiene with your kids, including:

And if your child still gets sick—especially a young child who isn’t able to blow their own nose yet—“Be very aggressive with the saline and suctioning,” said Coule. She advises using saline spray in the nose and suctioning with a bulb or other device at least two or three times a day when a child has a cold and is producing mucus. “You also don’t have to suction each time, but at least use the saline spray to help break up the mucus.”

If parents are worried, their best strategy is to call their pediatrician or to visit the children’s hospital. “We’re always open if someone wants to get their child checked,” said Coule, “especially if parents notice any of the things we talked about. Those symptoms are what we especially want parents to pay attention to.”

The Children’s Hospital of Georgia has the largest team of general pediatricians, adolescent medicine physicians and pediatric specialists in the Augusta area. To make an appointment, visit augustahealth.org/kids or call 706-721-KIDS (5437