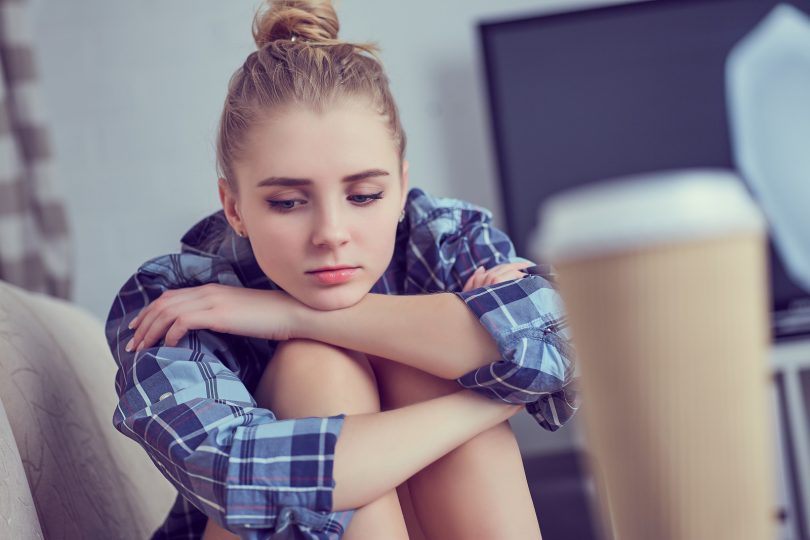 We talk about adults being depressed—and teens too. But children don’t get depressed. Right?

“Actually, I’ve seen depression in children as young as 2,” said Dr. Eric Lewkowiez, a pediatric psychiatrist at the Children’s Hospital of Georgia.

It’s not something you’d see every day: Depression affects only about 2 percent of children and about 5 to 8 percent of teens. But the signs might not be what you’d expect.

With kids, being depressed can definitely include being sad, even tearful, along with pulling back from friends, family and fun activities. But it can also include:

But it’s not about these symptoms happening just one time, or even over a short period of time (although you should always take any self-destructive or suicidal talk seriously). “It’s about a child feeling this way for a long period of time, at least two weeks but frequently a lot more than that,” said Lewkowiez.

Why a child becomes depressed is likely a combination of genetics and environment. Often, there’s a triggering moment—a death or long illness or other highly stressful situation.

Children who tend to be more anxious are also at higher risk of being depressed. But while the tendency might be for a parent to help a child avoid certain situations because they make them nervous—such as public speaking—“we know that the best way to deal with the anxiety is to put yourself in the situation that makes you anxious so that you can bring the anxiety under control,” said Lewkowiez.

So say a child is very shy and anxious about speaking out—in school, at restaurants, even to say a simple hello. You can start by exposing your child to different people and different situations, say an activity program at the local library or a music or dance class. Practice what to say at home, and continue to gently encourage your child to say hello, order in restaurants and answer questions. Most importantly, model the behavior you’d like your child to achieve.

One startling statistic that most people might not be aware of is that when children hit puberty, the ratio of girls to boys who are depressed—which is 1:1 prior to puberty—doubles. The reason is simple: hormones. “Hormones such as estrogen and progesterone have a direct effect on mood,” said Lewkowiez.

If you think your child might be depressed, start by talking to your pediatrician. He or she may be able to recommend a pediatric psychiatrist or a licensed therapist who can help. Then, listen, talk and be supportive to your child,” said Lewkowiez.

Many parents are concerned about antidepressants especially after warnings about an increased risk of suicide related to the drugs. But Lewkowiez points out that since 2003—the year that the U.S. Food and Drug Administration placed a warning about that risk on all antidepressant medications, which led to a dramatic decrease in the number of prescriptions to young people—the incidence of teenage suicides began to increase.

The Children’s Hospital of Georgia has one of the area’s largest child and adolescent psychiatry and psychology programs, with specialists who can help with anxiety and depression. For an appointment, call 706-721-9331.