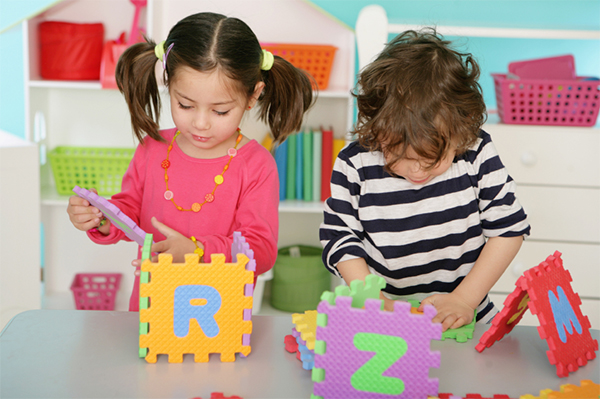 Across the United States, it’s estimated that 54 million adults have arthritis.

And about 50,000 children have a pediatric form, called juvenile arthritis.

While the numbers show that the disease isn’t all that common, it’s a good idea for parents to be aware of the symptoms, since juvenile arthritis can affect any child of any gender, at any age, without any family history.

Just like with adult arthritis, the first symptom of juvenile arthritis is pain in any joint of the body, from the knees to the fingers.

Sure, kids can have joint pain off and on because they twisted an ankle slightly while running or picked up a heavy load the wrong way. “But we’re talking about a consistent complaint, repeatedly for days or weeks,” said Dr. Lauren Newhall, a pediatrician who also specializes in rheumatology at the Children’s Hospital of Georgia. “Along with pain, there could also be swelling that also lasts for days or weeks.”

The pain and swelling is often symmetric: So if your child’s left wrist hurts, the right will too. More uncommon symptoms can include fever and also skin rashes.

“Juvenile arthritis is a big umbrella, with many different subtypes,” said Newhall. “But essentially, it’s a disorder of the immune system, an autoimmune disease in which the body is creating inflammation, attacking your own tissues, which triggers a cascade and attacks the joints.”

If your pediatrician suspects juvenile arthritis, he or she will refer you to a pediatric rheumatologist to confirm the diagnosis. The good news is that treatment is pretty straightforward—a regimen of medications that could include:
• Ibuprofen or naproxen to treat inflammation and pain;
• A second line of medications to treat the immune system and help prevent joint damage;
• Corticosteroids, which could be injected directly into the joint for fast control of inflammation, especially when only one or a small number of joints are affected.

What’s not so straightforward is how each child will react to the medications. “It’s the luck of the draw,” admitted Newhall, since juvenile arthritis still isn’t fully understood. “Some children go into remission and we can wean them off medications entirely, while others children struggle to stay controlled and there are multiple medication switches.”

Then there are other challenges: “Our children see us every two to three months when they’re stable on their meds, or more frequently if there are flare-ups,” said Newhall. “Then they may also see other subspecialties, like an ophthalmologist to monitor eyes for inflammation; a dentist if the juvenile arthritis is affecting the TMJ joint; or a dermatologist if a child has skin conditions related to the disease.”

Weather—like rain or cold—and stress can also trigger a flare-up of pain. “It’s that old story of, ‘It’s going to rain, so my knees hurt,” said Newhall.

Those flare-ups can be so bad that children can’t do what they normally would do, even down to something as simple as brushing their hair or getting dressed. But during flare-ups, there’s still a lot parents can do to help their kids feel more comfortable. Heat in the form of heating pads, warm baths or showers can help soothe joints, along with over-the-counter muscle cream. Gentle stretching exercises like yoga help soften stiff joints, and physical therapy is a great resource for therapies like aquacise that’s easy on joints and can help build back any muscle mass lost when kids weren’t as active because of pain.

Finally, Newhall likes to give parents two pieces of advice: First, if you’re looking for resources, make sure they’re reputable. “I often refer parents to the American College of Rheumatology,” she said, which offers fact sheets, an online education tool for teens and more (just search for juvenile arthritis on the site).

And she always, always says this: “There’s no reason to think that your child can’t do anything. With adequate treatment, your child can lead a normal life and have healthy joints for a long time. Even though your child has a chronic disease, he or she isn’t defined by disease. They are so much more than just their arthritis; it’s a piece of who they are, but we want kids to see the possibilities out there of what they can do.”

The Children’s Hospital of Georgia has the largest team of general pediatricians, adolescent medicine physicians and pediatric specialists in the Augusta area. The Children’s Hospital of Georgia also sponsors Camp Joint Venture, an overnight summer camp for children between the ages of six to 18 who have been diagnosed with juvenile arthritis and related diseases. For more information, visit our website at augustahealth.org/kids or call 706-721-KIDS (5437).