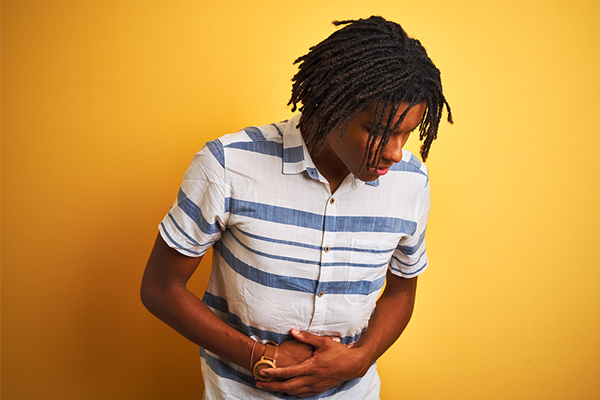 Testicular torsion is as bad as it sounds—causing pain that’s a 10 out of 10.

But urologist Dr. Bradley Morganstern at the Children’s Hospital of Georgia noticed something worrying: African-American teens with testicular torsion aren’t as likely to come to the ER quickly.

It was a red flag, which led Morganstern and others to conduct a retrospective review that confirmed that teens of color are less likely than Caucasian teens to get help right away, even with the excruciating pain of testicular torsion.

Why that happens is a hard question, says Morganstern—teens could be embarrassed to talk about it, it could be a money issue, or they might not have a way to drive to get help. But it’s an incredibly important topic to talk about: If testicular torsion isn’t fixed within six hours, the chance of saving the testicle drops to about 20% to 50%.

Education makes the difference: “We asked who with genital pain came in sooner, and we found out that people who were educated about genital pain for one reason or another were more likely to come in,” said Morganstern.

So What Is Testicular Torsion?

Testicular torsion isn’t very common: In Morganstern’s review, in the last five years at the Children’s Hospital of Georgia, out of 552 cases of testicular pain, 44 of those cases were due to torsion. But, during his residency in New York, Morganstern says he saw about two cases a week.

It most commonly affects teens, and it happens more often at night and during the winter. “We think it has to do with hormones and something with the testicle being higher in cold weather,” said Morganstern. “It starts to twist and can’t untwist—but the exact cause isn’t known.”

Kids wake up in extreme pain, often with nausea and vomiting. There’s also usually redness and swelling in the scrotum. After several hours, the pain might start to go away, but that’s because the blood supply has stopped and the testicle has started to die.

“If anyone has genital pain, you have to investigate it right away,” emphasized Morganstern. “Don’t wait on it, because it could be very serious. Even if the pain isn’t because of torsion, you could still have problems including a severe infection. If the pain is that bad, you have to get it looked at.”

If you think your son might have testicular torsion, it’s important that you take him right away to a dedicated children’s hospital that can treat it, with sonogram capability and pediatric urologic surgeons—instead of waiting at another center only to be transferred.

Doctors will first do a physical exam, including checking for muscle reflexes in the scrotum. They’ll also do a sonogram to look at the blood supply.

If it is testicular torsion, surgery is the only repair. Surgeons will open the scrotum, untwist the testicle and wait to see if blood flow returns. If it does, they’ll use sutures to make sure the testicle can’t twist again. Since there’s a 30% chance that torsion can happen to the second testicle, they’ll also use sutures there.

If blood flow doesn’t come back, the testicle will have to be removed. “The fortunate thing is that there’s one on other side,” said Morganstern, which is why surgeons will always make sure to secure the second testicle. “Even with one testicle, as long as there are no other issues, someone should be able to have children.”

Recovery takes about two weeks, and afterwards, patients should always plan to wear a protective cup during sports. A prosthesis can also be put in six months after the first surgery if teens are worried about how that area looks.

If In Pain, Don’t Wait

But the best-case scenario, always, is for any teen with genital pain to get help immediately. Parents, too, need to understand how serious it could be.

Testicular torsion isn’t anyone’s fault—“that’s something I always tell kids, that it just happens,” said Morganstern. “But this isn’t the kind of pain someone should walk off, and it needs to be taken seriously.”