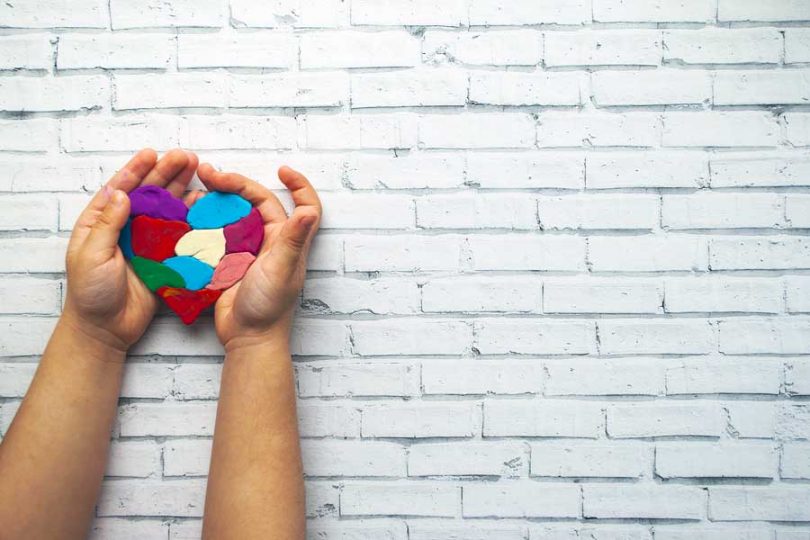 New parents tend to have a lot of fears and worries. Is my baby still breathing? Is the bathwater too hot or too cold? Is my baby eating enough? And—is that poop really supposed to look like that?

Pretty early on though, many parents also worry if their child might have autism.

After all, autism is everywhere. It’s in the news, it’s on TV, it’s in the movies. The latest stats say that about 1 out of every 42 boys and 1 out of every 189 girls will be diagnosed with an autism spectrum disorder. So the worry is for a reason.

But there’s autism, and then there’s autism. People with high-functioning autism do well in school and are successful in their career and their lives. But what many people don’t realize is that if your child is diagnosed with autism, recognizing the signs early and working hard on speech and social skills can help improve it.  Speech and other therapy can’t cure autism—but it can help children be more high-functioning. “Seek help early and seek services early,” said Dr. Donna Londino, a child psychiatrist at the Children’s Hospital of Georgia. “Early intervention is the key to the best success.”

Signs of autism can sometimes be seen in babies as young as three to six months. What parents typically say is “My baby doesn’t make good eye contact with me.” Some studies have even seen this reported right after a baby is born.

As babies grow older, this can also turn into “My baby doesn’t make eye contact and also doesn’t want to interact with me.” For instance, instead of staring at mom or dad and trying to grab a nose or a clump of hair, a child with autism might prefer to look at an inanimate object like a mobile or a lamp.

Another early sign is a baby who doesn’t talk at all and isn’t trying to make sounds by age 1. “These children are intriguing because they understand words. But they just don’t have a desire to communicate with others,” said Londino.

Children who may have autism might also be happier playing by themselves, and their play is different too. Instead of pushing trucks and cars around, a child might rather line them all up or spin the wheels around and around. “They are more intent on the parts and on precision and repetition instead of imaginative or make-believe play,” said Londino.

Rocking behavior, including hitting their head against a wall or the floor when upset, is another red flag that could be a sign of autism or another disorder.

Still, all of these in and of themselves aren’t necessarily signs for concern. Lots of kids don’t speak well until they’re older. If your child chooses to spin a wheel on a car or other toy, it’s probably OK. Even most baby books talk about how some children will hit their heads on the floor when throwing a tantrum—and it’s normal behavior.

But it’s that lack of eye contact and lack of interaction—combined with some of these other behaviors—that parents should be on the lookout for.

If you are worried that your child might have autism, talk to your pediatrician. But know that the official screening tool is designed for children who are 16 months or older. Still, said Londino, you don’t have to wait until then to start working with your child.

“Speech, speech, speech,” she said. “That and more interaction and stimulation are so important, not just for a child with autism but any child.”

For example, go overboard on explaining the world to your child. When you go on walks, say, “Look, there’s a car coming. Do you see the red car? A squirrel just jumped into that tree. Do you see the clouds moving in the sky?” This kind of description helps your child connect words to meanings.

Then, encourage speech by being diligent about having your child use words. If your child points to the milk and simply says, “Mmmmm,” you can say, “Would you like some milk? Can you say milk?” Encourage your child to repeat the word and to use it.

Especially for a child who may have autism, overdoing language is important to help them to try and develop some speech, said Londino.

Next, encourage engagement. Interact and play with your child as much as possible. It can be especially important to have your child in venues where he or she can play with other children without autism so that these children can model typical social behavior.

Even before an official diagnosis, your pediatrician can refer you to a speech-language pathologist for additional help, as well as occupational therapy. An OT specialist can especially help with children who have sensory aversion—aversion to certain tactile and other sensory stimuli—a common trait in children with autism. These children don’t like certain textures, which could include tags on clothing or socks on their feet, and certain foods such as meat because of the feel in his or her mouth. The goal of therapy is to gently desensitize them to these textures so they aren’t as unpleasant.

While a child with autism should continue with therapy throughout childhood, Londino stresses again this fact: “There are lots of things you can do to help reduce the severity of autism. If you have concerns, consult your pediatrician. And start early. I can’t say that enough. Start early.”

Take the next step

The Children’s Hospital of Georgia has one of the area’s largest child and adolescent psychiatry and psychology programs, with specialists who can evaluate and treat children with autism spectrum disorder. To schedule an appointment, call 706-721-6597.