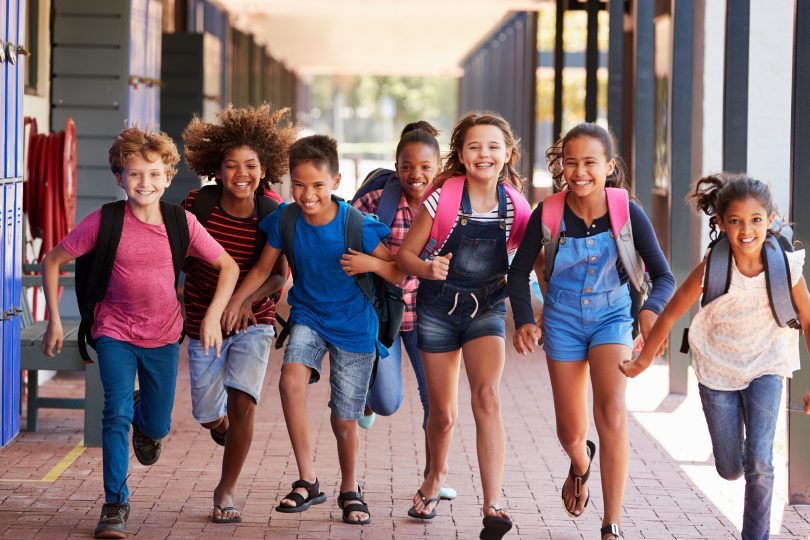 When your child is young, making good friends can be easy.

“For the most part, kids gravitate to kids who are kind to them and are unlikely to be friends with the kid who’s causing them problems,” said Dr. Christopher Drescher, a child psychologist with the Children’s Hospital of Georgia.

While that might sound like a great rule for friendship throughout your lifetime, “it gets more complicated as kids get older,” Drescher said. “Over time, not everyone you want to be your friend will be your friend. Thinking further down the line, people can get into abusive relationships. Things don’t always fall perfectly into place.”

Still, for the most part, friendship does tend to happen somewhat naturally, at any age, said Drescher. For kids who struggle with making friends, working with your child on good social skills—and modeling them yourself—can be a big help. “And it doesn’t have to be a sit-down conversation where you say, ‘Here’s how you make friends,’” said Drescher. “Just let the topic arise in normal conversations with your child.” For example, before a playdate, you can talk with your child about how to greet their friend and what toys to share or what activity to do. Or if kids are in a new situation and seem shy about approaching kids they don’t know—but whom they want to play with—parents can take the lead by walking over with the child to help them get started, then pull back.

While making friends may be easy and natural, making good friends can be harder. Often, it’s a matter of chemistry: Children may be drawn toward certain personalities—kids who make them laugh, kids who are nice to them, kids who are fun. But what about if those funny, cool kids have another side to them? Like telling jokes that turn into mean teasing or picking on someone else? Or being nice—only to get something they want? Or having fun—by breaking or taking something that doesn’t belong to them?

While you don’t want to label someone as “good” or “bad,” there definitely are behaviors that your child should know aren’t appropriate: aggression, untrustworthiness, cruelty and so on. This is when being an engaged parent is especially important, since most friendships happen at school, where parents may only get a peek now and then if say, you volunteer at an event or with a sports team. “There needs to be that baseline open and trusting communication with you and your child,” said Drescher. “Regularly communicate with them about their friends and how they’re interacting with friends so that you know when a problem pops up early on.”

A part of that is ensuring that kids understand that it’s OK to talk to you about these problems. “Sometimes friends might say, “Don’t tell your mom or dad,’” said Drescher. “But if there’s something children are concerned about, parents should ensure children feel OK talking to them about that, especially if there’s some aggression or abuse being directed to your child.”While you want your child to be kind to others, it’s worthwhile for you and child to work together to think about who they want to be spending their time with. There may be friends who are kind to them and who stay out of trouble. Then there are others who may have some specific behaviors that you as a parent and maybe even your child is concerned about.

One strategy that can help children navigate this situation is what Drescher calls the FAST rule:

* F: Be fair to yourself and to the other person – “For example, you don’t want your child attacking kids for attacking someone else,” said Drescher. “But you want them to be fair to themselves and what they think is important.”

* A: No apologies – “Don’t apologize for having morals, opinions or feelings.”

* S: Stick to your values – “Have your child think about what’s important to them. If it’s ‘I want to be a nice person,’ then they should stick to that.”

* T: Tell the truth – “Even if it’s tough, don’t lie in order to convince the other person to do something or to leave you alone. Tell the truth so you can feel good about it at the end of the interaction.”

“You can also leave the door open,” Drescher added. “Your child can say, ‘If you can start acting nicer, I can hang out with you again.’”

As children become teens and the focus is less on friendships and more on romantic relationships, pretty much the same rules apply. “There’s definitely some value in talking with an adolescent about how they want to be treated in a relationship,” said Drescher. The same conversation—think of it as the relationship talk, just as important as the sex talk, if not more—should also cover what is and isn’t appropriate in a relationship, including specific education about what abusive relationships look like, both physical and verbal abuse. “In this electronic age, this also includes constant monitoring of the other person via text or other methods,” said Drescher.

Finally, if a problem relationship can’t be solved by your child, if your child doesn’t seem to want to try to make changes or if criminal behavior is occurring, such as drug use—then it’s definitely time for parents to step in. But, on the flip side, parents should then encourage relationships with other friends who are more positive peer influences.

“In those cases of delinquent behavior, it totally makes sense for parents to just say no,” said Drescher. “You can say, ‘I know you want to be friends, and I can understand why you like them. But I have to make the adult decision that they’re not a good influence on you right now.’”

The Children’s Hospital of Georgia has one of the area’s largest child and adolescent psychiatry and psychology programs, with specialists who can help your child with the anxiety and depression that can accompany the loss of a loved one. For an appointment, call 706-721-9331.