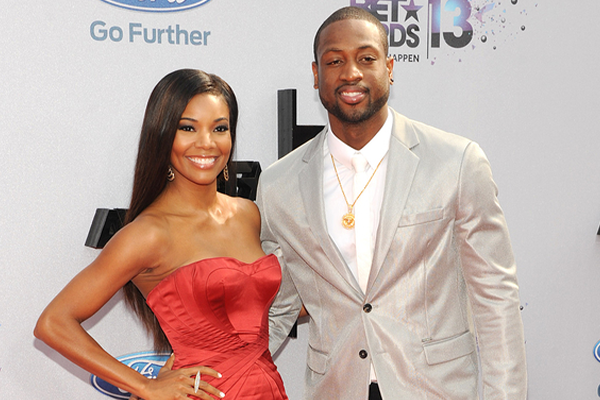 These days, the idea of talking to your children about identity seems just about as scary as talking about sex.

“What scares parents and other caretakers when they’re asked a question or their child notices something is that they’re afraid now that they have to have a bigger conversation,” said Dr. Lara Stepleman, a psychologist at Augusta University Health who is also the LGBTQ information officer. “But really, they need to keep the answer as simple as the questions are.”

The World Around Them

Children start to notice differences starting at around ages 2 to 4. They may realize: “My friend’s parents look old”; or “Why are his parents a different color?”; or “Why does she have two dads?”

“It’s developmentally recommended that certainly when kids bring up a question, you answer them at an age-appropriate level,” said Stepleman, and remember to keep it simple.

So you might explain that John lives with his grandma and grandpa; people come in all sizes, shapes and colors; and some families have a mom and dad who fell in love, and others have two moms or two dads who fell in love.

As kids grow older, the questions will get more complex, so your answers should too. They also might start to notice that the world can be unkind to people who are different. “You want to protect children’s innocence and their joy for all that is different in the world,” said Stepleman. “But when it’s appropriate, be prepared to talk about the tough topics.”

Early on, children will also start to see who they are, too. They’ll understand the physical difference between boys and girls, for example. And they’ll begin asserting their own identity.

It’s less about talking to your child about identity. “In terms of how to raise children, the idea is not to create unnecessary limitations,” said Stepleman. “All children will develop preferences for clothes they like, friends they want to play with, or activities they wish to do. Some of those may feel gender atypical”—like a boy playing kitchen—“or gender concordant,” like a girl playing with dolls.

“The goal,” said Stepleman, “is to provide children with all the choices, so they can think about who they are going to be.”

When parents consciously or subconsciously limit children to what they believe is appropriate—such as only pink clothing or no pink clothing—that can have more serious implications. “The idea is for them to learn how to confidently form their own choices, and not feel shame if they’re the girl who loves to climb trees and wear blue or they’re the boy who wants to wear a skirt because it’s comfortable,” said Stepleman. “Restricting choices and being told no can start to build shame barriers, leading to children hiding those things and not talking about them, then evolving into more significant aspects of identity.”

Parents should be setting the stage now for children to have choices and be able to discuss choices. “It’s OK to ask children why they like something and to be curious about your kids,” said Stepleman.

This can be anything from learning that your child is attracted to same-sex peers to, say, if your daughter suddenly develops a pink obsession. “If you find out that she only loves pink because girls at school tease her if she wears a color other than pink, that becomes a different conversation, where you say it’s OK to be a girl and love whatever color you want,” said Stepleman.

“You have to be able to say that no matter what choices you make, not all of your friends are going to agree with you, and that’s OK. You’re allowed to be your own person, and though that can be hard sometimes, you have your parents’ support. And good friends will stick by you or will come to understand why you are making a different choice and will accept you as you are.”

The literature is also quite clear, said Stepleman, that children understand who they are in gender from an early age—and “are pretty insistent about it.”

This is different from a girl who likes to pretend that she’s Batman, or a boy who wants to dress up as Elsa on Halloween. “What we’re looking for is continuity over time,” said Stepleman. “Most kids if they are gender diverse will assert that and continue to assert that unless they experience shame. Then, they don’t stop, but they do stop telling you, which does more damage in the long run.”

This also isn’t about putting a young child on hormones, but perhaps allowing children to express themselves at home—then, if it continues, to consider the hard choice of that expression at school and out in the community.

If they’re supported, children can be surprisingly matter-of-fact about who they are. It’s often parents, said Stepleman, who need more help and resources. “Once they reach high school, children know more about these categories than their parents ever will,” she said.

The family pediatrician is a great place to start, as is research online with reputable websites. Or you can talk to a family therapist. “Often what is needed is for a parent to work through what it might mean if a child isn’t exactly how you thought they might be, which is the case for every parent,” said Stepleman—as in the baseball player dad whose son prefers piano, or the daughter who wants to be a teacher instead of a doctor or lawyer, as her mother might prefer.

Your goal, after all, is to help raise a child who’s good, kind and confident in their choices. “In most cases, it’s perfectly healthy—as long as it’s not dangerous—to try on a variety of roles,” said Stepleman. “Trying on things is how we learn what fits—and what doesn’t.”

The Children’s Hospital of Georgia has one of the area’s largest child and adolescent psychiatry and psychology programs, with specialists who can help with anxiety and depression. For an appointment, call 706-721-9331.