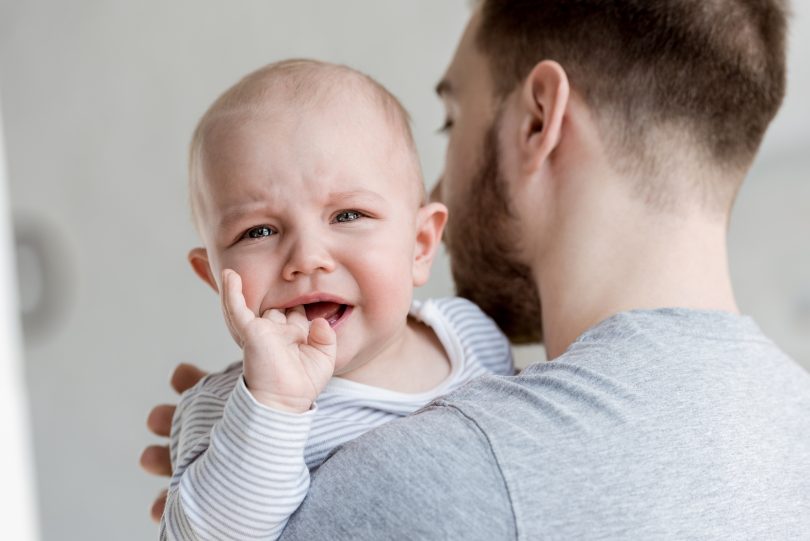 Most of us expect to develop a cough at some point during the cold and flu season.

Kids are no different. Except when it comes to whooping cough and croup.

More than just a cough, both of them have a very distinctive sound. And both can be dangerous in very young children.

In Case of Croup

Just like a cold, croup is a respiratory infection caused by one of several viruses, most often the parainfluenza virus, said Dr. Jim Wilde, a pediatric emergency physician at the Children’s Hospital of Georgia.

Typically, kids with croup start out with a fever or runny nose for the first couple of days before croup, or cough, develops. In many ways, croup is just another word for cough. The virus that causes croup can affect any of us, but it’s really only in very young children that it can become dangerous.

“The reason is because the viruses cause a swelling of the airway just below the vocal cord,” said Wilde. “That swelling in our case as adults with a very large airway—a little swelling doesn’t make a difference. But in children younger than 2 who have an airway that’s, say, a centimeter and a half in diameter, you now have a very narrow airway that you’re trying to breathe through.”

That narrow airway causes a harsh, wheezing sound when children breathe in, known as a stridor, combined with a “barky” cough. And it can be very scary for parents to watch their child struggle to breathe.

Just as in a cold, antibiotics don’t have any effect on the croup, but there’s still a lot that your doctor can do to make your child more comfortable and make sure he or she can breathe more easily.

The first step is to give an inhaled form of epinephrine to help bring down the airway swelling. Usually done at your doctor’s office, the treatment involves holding a mask over your child’s face as he or she breathes in the medicine vapor. Your doctor may also prescribe steroids.

But if your child still can’t breathe well after the inhaled treatment, as a precaution, your doctor may want to admit your child into the hospital until the swelling around the airway has gone down. It’s also possible in severe cases that your child might need a breathing tube.

Fortunately, however, it usually takes only a week or so for the virus to run its course. It’s also important to note that cough medicine isn’t effective in kids younger than 6, said Wilde, so at home, plenty of hugs, a lot of fluids, rest and Tylenol for fever are your best ways to help your child feel better.

At one point in the early 20th century, whooping cough affected millions of Americans and also caused the deaths of thousands of children. Which is why still today, parents get worried when they hear the words “whooping cough.”

The good news is that thanks to vaccines, whooping cough is very, very uncommon here in the United States. But at the same time, rates of whooping cough are higher today than they were, say, a few years ago, since more parents have joined the anti-vaccine movement.

Unlike a cold or other respiratory illness, which usually lasts only a week or so, whooping cough can linger for up to 10 weeks. The fear with whooping cough is that, even more so than croup, it can cause very young children to literally stop breathing. Whooping cough starts just like any other respiratory illness: first a runny nose for a couple of days, then the cough develops. Here, the cough is the worst cough you may have ever heard: “What you get with whooping cough, or pertussis, is paroxysmal coughing,” said Wilde. “You might be fine for five or 10 minutes, then you have several consecutive minutes of very hard, nonstop coughing. It starts, and it gets worse and worse and worse, almost a spasm.”

Especially for young children—particularly those younger than 1—the coughing can be so intense that they literally can’t catch their breath. Then they actually stop breathing, and that’s when children can die.

When whooping cough is diagnosed, doctors can prescribe antibiotics, since it’s caused by a bacteria called Bordetela pertussis. But the very best way to make sure children avoid 10 weeks of the worst coughing they’ll have in their young lives? Get vaccinated.

“Even kids who are not vaccinated are well protected now because the rest of the public is vaccinating,” said Wilde. “But if you get down to a certain level, you won’t have that protection. That’s where they are in Europe, where levels of vaccinations have fallen enough that there have been outbreaks of vaccine-preventable infectious diseases—and people are dying.”

Still, here in the United States, in most cases, a cough will be just that—a cough, which goes away on its own in just a few days. But if your very young child develops a cough—especially one that sounds strange or seems very intense, it’s worth it to contact your doctor immediately.