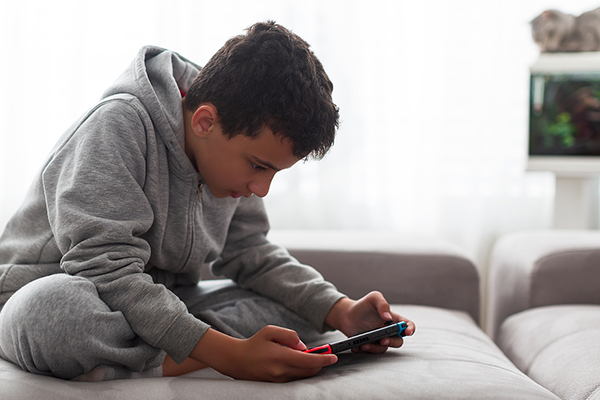 You’ve probably heard the word “scoliosis” at some point. Starting in the 1990s, scoliosis screenings became a standard of pediatric care in schools.

The condition is fairly common. In the United States, about one in 25 adolescent girls and one in 200 hundred adolescent boys develop some form of scoliosis.

Scoliosis is a medical condition that causes the spine to curve sideways. The condition often occurs as children grow and develop, and the associated curving can worsen during growth spurts.

Scoliosis is more common in girls than in boys, and symptoms typically start to appear between ages 9 and 15.

What Are the Signs of Scoliosis?
Should you be concerned with your child’s slight slouch? Or are there signs you should be watching for?

It’s important to note that in many cases, scoliosis is subtle enough — at least at first — that it’s typically only spotted by a health care provider, such as a school nurse or your child’s pediatrician. With that said, though, there are a few signs you can watch for:

Scoliosis does not typically cause pain, but in rare cases, back pain can be a symptom.

How Is Scoliosis Treated?

During a scoliosis screening, whether performed at school or during a pediatrician appointment, your child will be asked to bend forward. This allows the medical provider to view the spine, looking for signs of curvature.

Treatment for the condition varies depending on the severity of the curvature and your child’s individual development. In many cases, curvature is mild, and a pediatrician may simply want to keep an eye on how or if the condition progresses.

If you believe your child may have scoliosis, your pediatrician can confirm a diagnosis and offer next steps. Need a pediatrician? Find one here.

Read on Jagwire to find out more about news and stories happening at Augusta University and AU Health.