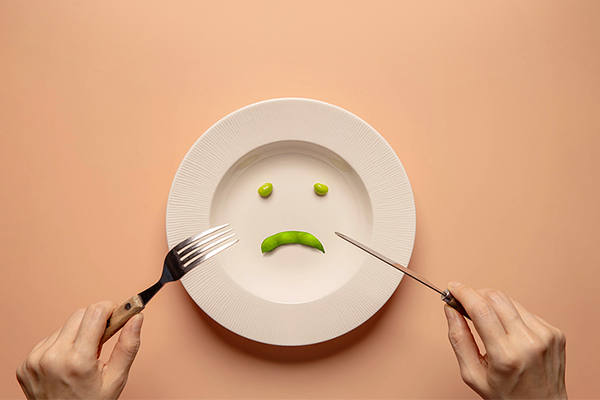 Eating disorders are more than just preoccupation with losing weight. They are a group of serious illnesses, some with deadly complications, that affect a person’s eating behavior as well as their mental health.

Eating disorders are treatable with the help of health care professionals, but sometimes they are hard to recognize. If you or someone you love is struggling with an eating disorder, it’s important to seek help.

Who Gets Eating Disorders?

Eating disorders are more common in women than in men, and they tend to occur in teenagers or young adults. However, anyone can struggle with an eating disorder, regardless of age, gender or any other factors.

People with eating disorders are often highly critical of themselves. They become very concerned with their weight and appearance and may feel fat even if they are healthy or underweight. They may also have an intense fear of gaining weight. Eating disorders sometimes occur with other mental health conditions, such as anxiety, depression or obsessive-compulsive disorder.

Anorexia nervosa occurs when someone restricts their food intake so severely, they become at least 15% lower than their healthy body weight. Even as he or she becomes dangerously thin, a person with anorexia may still see themselves as overweight.

Similar to binge eating disorder, a person with bulimia will have episodes of binging, eating large amounts in short periods of time. However, this behavior is followed up by purging to compensate for the binge. This behavior may involve, overexercising, forced vomiting, laxative usage or other methods. Someone with bulimia may be overweight, normal or underweight.

Weight fluctuations are common as kids grow but take action if you recognize signs of an eating disorder. Speak with your child’s provider or to find a pediatrician, visit augustahealth.org.

Read on Jagwire to find out more about news and stories happening at Augusta University and AU Health.